Nestled in a large country town in the Southern Riverina of NSW, sits a modern hotel with a secret hidden behind its façade. 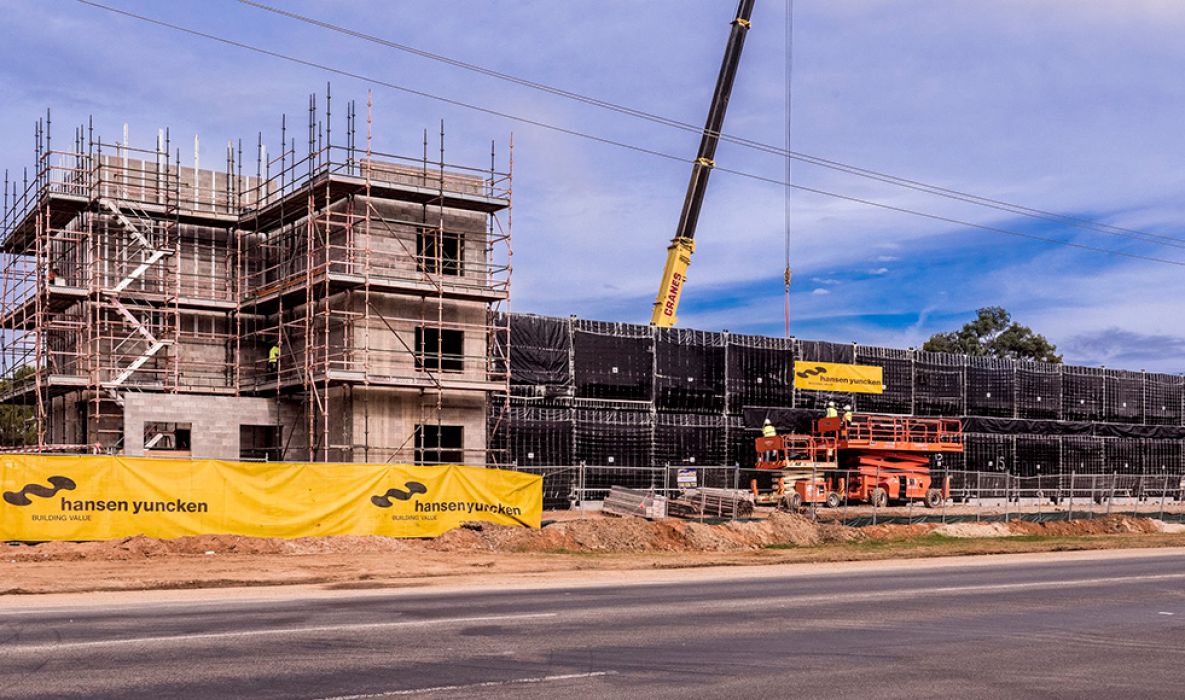 Over 80 years on, the world’s leading manufacturer of play materials LEGO has prompted an emerging trend of modular-built hotels around the country. The completed construction of a hotel in the Riverina is Hansen Yuncken’s first ever modular commercial development blending both predominately modular build with a lessor amount of traditional building.

Embracing a new age modular approach to construction, a convoy of 78 semi-trailers snaked their way down the Hume Highway from Sydney to the Riverina, with each truck carrying a 26sqm fully completed guest room and bathroom module.

The hotel has 78 rooms in the modular section of the build and an additional 4 bedrooms, utility rooms, offices and foyer completed by traditional construction methods. Once delivered on site, the modules were stacked like LEGO building blocks to a height of three stories and interfaced with the traditional build element of the project. The modules and traditional build section were roofed, clad and finished to create a seamless marriage of modular and traditional building in the form of modern 4-star hotel.

The movement of all modularised rooms took less than 2 weeks to crane into position, cutting construction time, reducing wastage and delivering hotel rooms significantly cheaper than the traditional build process. With the installation of landings, integration of services and the completion of internal finishes, the remaining works were completed onsite.