The University of Tasmania is embarking on a journey to create Tasmania’s most ambitious arts project. The $67 million development will underpin a vision for the state as a leader in the digital, creative and performing arts. 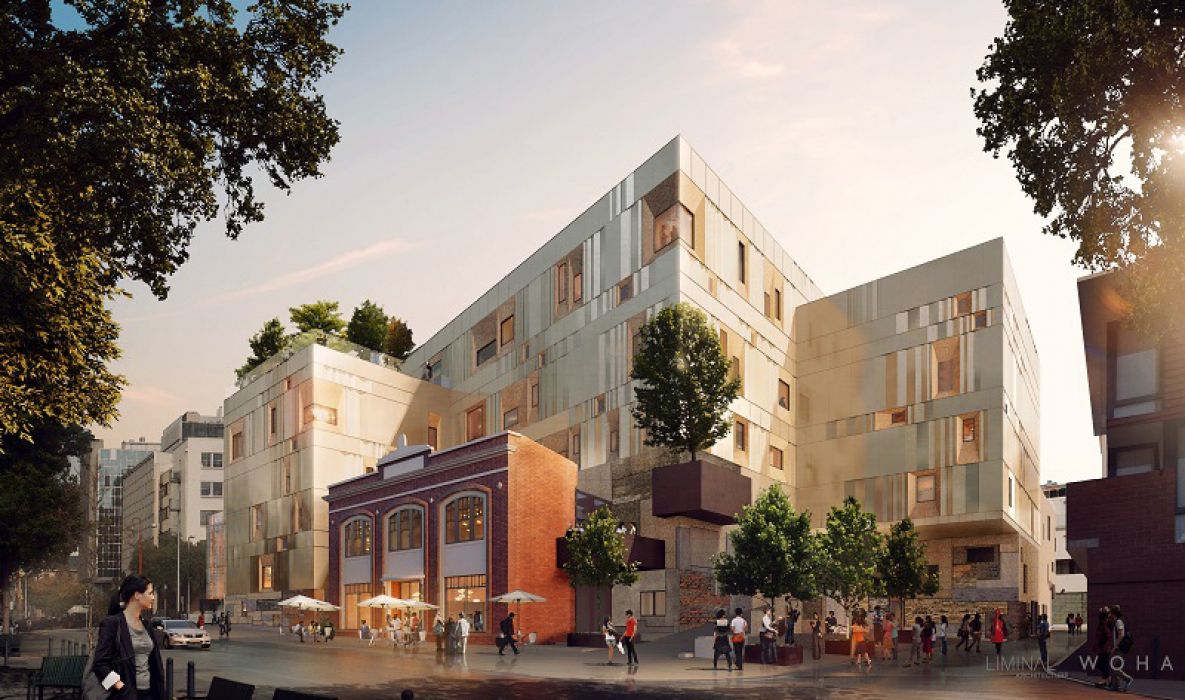 The development which is planned for completion in early 2019 brings together the Theatre Royal, the University Conservatorium of Music and the Creative Exchange Institute. Tasmanian firm Liminal Architecture has partnered with internationally-renowned Singaporean based architects WOHA and Arup Acoustics & Theatre, to design the world-class performing and creative industries facilities required for this project.

On the 19th January 2017, University Vice-Chancellor Professor Peter Rathjen, along with Federal Senator David Bushby and Tasmanian Premier Will Hodgman, unveiled the name for the exciting creative industries and performing arts project. ‘The Hedberg’ will become a name at the heart of Hobart's growing role as a city of national artistic and cultural standing.

Adjoining the historic 180-year-old Theatre Royal, thousands of students, professional performers and patrons will share in what will become the pride of Hobart's City Centre.

Proud to be a partner in another Tasmanian iconic development, Hansen Yuncken has undergone a period of value engineering and design management, working closely with Principal Consultant, Liminal Architecture, the University, the State Government and the Theatre Royal to finalise the detailed design and bring the vision for The Hedberg to life.

Acoustic related design and construction is a critical component to this development. A unique design approach referred to as “box-in-box” construction will be incorporated into the build allowing the internal skins of the performance and practice spaces to be isolated from adjoining elements. The use of cross laminated timber (CLT) in-lieu of multilayer plasterboard in recital hall type spaces is an Australian first for a project of this scale and was a key focus area during the value management process.