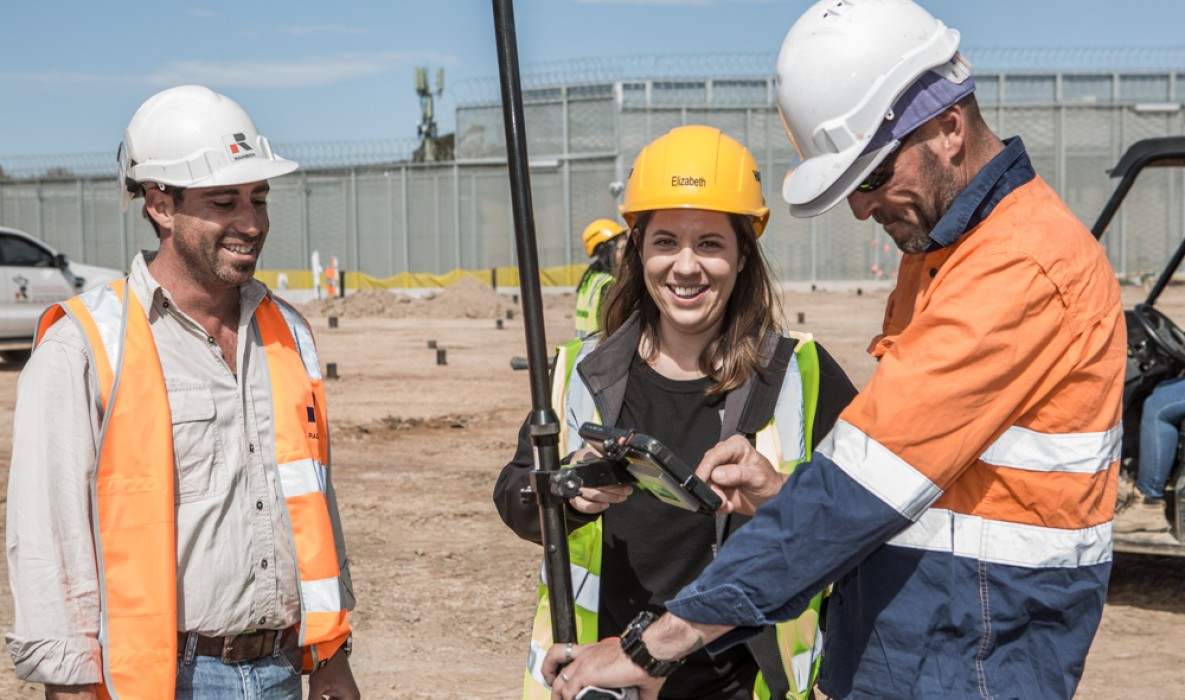 Empowering women to boldly go into a career in construction is helping to change and revitalise one of Australia’s most critical business sectors.

You don’t need superhero powers to see the galaxy of positives that having a broader and more diverse workplace brings to the property and construction industry. New skillsets; new ways of thinking; new approaches to challenges encountered; new opportunities to grow and diversify. The list is endless.

With Board member, Louise Hansen, four female members of the Executive Management Team and a growing number of young women joining the company, Hansen Yuncken is fast becoming a first point of call for females looking to take their place at the table.

One of the most notable success stories for Hansen Yuncken has been Elizabeth Matthews, currently the Project Manager on the $160m expansion of the Parklea Correctional Centre in NSW. Elizabeth has been with the company since 2012, having “fallen” into construction while just 18 years old.

“At the time I’d been accepted to go to university to do French and Russian,” she recalls. “A friend of mine was the daughter of a local builder and offered me a summer job prior to attending university. After a few weeks I realised this was for me and cancelled my languages degree and switched to construction management. The rest is history!”

Commencing her career journey in the United Kingdom, Elizabeth headed to Adelaide and joined Hansen Yuncken where she took on a challenging role of Site Manager on the $2bn Royal Adelaide Hospital (RAH) project.

“Hansen Yuncken has been fantastic in supporting and growing my career,” she says. “They appointed me as a Site Manager on the RAH at a time when the business and the industry in Adelaide had never seen a female Site Manager.”

While her career to date has been notable for the success she has achieved in her diverse roles, Elizabeth is the first to admit that the industry can still be a tough place for women: and like many of her peers she is determined to be an agent of change.

“I have always felt that I was treated equally in the industry, and have always gained respect from my peers,” she reveals. “Saying that, it is a tough industry which can be quite aggressive and one of my challenges is to not adapt or change my behaviour to suit those around me.”

Seeking positives from potentially negative – and unwarranted perceptions – is one way she stays focused. “I think one of the biggest challenges women in construction in site-based management roles face is the perception of being weak and naïve,” she says. “I often use this to my advantage though as people tend to underestimate me.”

While Elizabeth has witnessed much change over the past five years, she still believes that more needs to be done to better support young women like her in construction.

“I’m lucky in that Hansen Yuncken has policies in place to support me as I move through my career – both as a woman and construction professional,” she says. “However, for our industry as a whole, I think the next biggest focus needs to be around flexibility and retention of women in the industry."