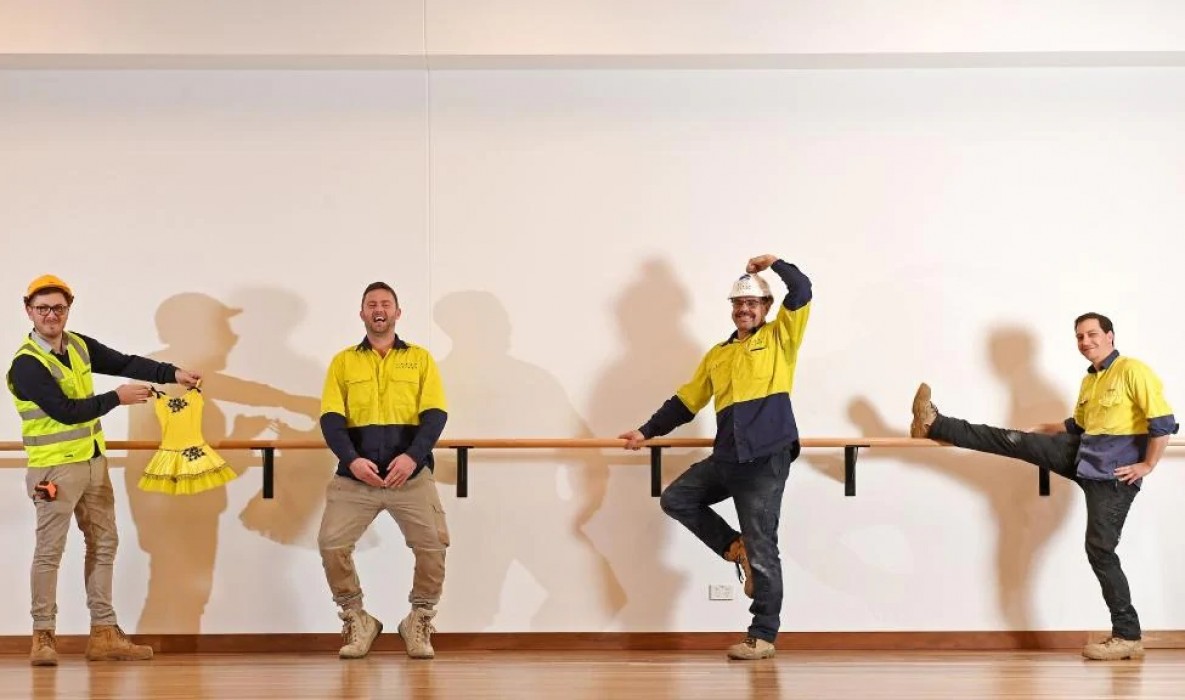 Inside the incredible Her Majesty’s Theatre renovation

It was set for a grand opening next month with the internationally acclaimed musical Six. But for the time being, the only performers gracing the stage of the newly renovated Her Majesty’s Theatre are the tradies working on the iconic building.

“I learned that my ballet skills could use some work,” said Hansen Yuncken site manager Billy Christie.

“I don’t think I will be performing with The Australian Ballet anytime soon! I will stick to my day job, just like everyone who has tried to perform on stage during the build.”

Mr Christie and his team have forged on with the $67 million redevelopment of Her Majesty’s despite the challenging COVID-19 with 59 subcontractors working across the project – more than 80 per cent of those are South Australian.

But while they were happy to ham up for the camera, the workers also gave the Sunday Mail an exclusive look at the renovations before the new and improved theatre is officially launched.

The Adelaide landmark was built in 1913 and is the last remaining example of the famous chain of Tivoli theatres in Australia. Work on the redevelopment began in June 2018 to transform Her Majesty’s Theatre into a larger, more accessible venue with state-of-the art facilities.

But many of the building’s heritage elements still remain intact including a brick wall from the original theatre with signatures of some of the theatre greats who have played there over the years.

“The autograph wall was dismantled brick by brick and has been recreated backstage in a much more viewable area,” said Adelaide Festival Centre director of programming, Liz Hawkins.

“It now runs the entire length of the backstage area and has bricks for artists to sign well into the future. There’s people on there like Lauren Bacall, Barry Humphries, Ronnie Corbett, it’s a really fascinating piece of memorabilia.’’

While the building’s Grote St facing heritage facade and eastern wall have been preserved, the theatre will now feature 1471-seated auditorium over three levels, modern facilities and improved accessibility.

The new design also reintroduces some of its original Edwardian elements, including the reintroduction of the third tier for the first time in 50 years.

“We worked really closely with Cox Architecture to find any sort of memorabilia or photographs that represented the original fixtures and fittings and you will actually see some of these recreated in the new building,” said Ms Hawkins, adding that the renovation is a story of resilience.

“This theatre has survived two world wars, the Spanish flu and everything else in between. We don’t have a crystal ball to known when we will be able to open, but we’ll be ready.”